The Thick and Thin of Oil Viscosity

Of all the characteristics a lubricant may possess, the most important is its viscosity. The fluid and how that fluid reacts to certain variables will determine how well the fluid can perform the basic functions of a lubricant.

When a fluid is subjected to external forces, it resists flow due to internal molecular friction, viscosity is a measure of that internal friction. It can be referred to as the measurement of a fluid’s resistance to flow and viewed in two different ways. The first is a fluid’s tendency to flow as is visually indicated. One can think of this as the time it takes to watch a fluid pour out of a container. The term used to describe this is Kinematic Viscosity and it is expressed in units indicating flow volume over a period of time. The most commonly used unit of Kinematic Viscosity is the centistoke (cSt).

A fluid’s viscosity can also be indicated by measured resistance. You can think of this as the energy required to move an object through the fluid. It takes little energy to stir water with a spoon. However, significantly more energy is required to stir honey with that same spoon. The term used to describe this is Apparent Viscosity and it is expressed in units known as centipoise (cP). Other ways to refer to a fluid’s viscosity in more common generic terms are thin, light and low and suggest that the fluid flows readily such as water. Terms such as thick, heavy and high suggest the fluid demonstrates a strong resistance to flow in the example such as honey.

Viscosity is very important because it is directly related to a fluid’s load-carrying ability. The greater a fluid’s viscosity, the greater the loads that it can withstand. The fluid must be adequate enough to separate moving parts at operating temperatures of the equipment. Knowing that a fluid’s viscosity is directly related to its ability to carry a load, one would think that the more viscous a fluid is, the better it can lubricate and protect. The fact is, the use of high viscous fluids can be just as detrimental as using too light an oil. If you use too low a viscosity oil metal-to-metal contact occurs, poor sealing and increased oil consumption. If you use too high, the fluid friction increases resulting in reduced energy efficiency, higher operating temperatures, and hard starting – particularly at cold temperatures. The key is to select a fluid that is not too light and also not too heavy.

In both types of oil the viscosity index improver allows the oil to function over a wide temperature range, and its side groups may increase fuel economy, provide dispersancy, improve cold startability or reduce oil consumption. But there’s a point at which viscosity index improvers become too much of a good thing – and several lubricant manufacturers may have breached that point with their newly offered synthetics.

Viscosity index improvers are subject to two important problems, both due to tangling of their long chain structure. Subject to temporary attractions between non-adja­cent molecules, tangled chains thicken the oil at low temperatures and impede the oil’s cold temperature pumpability. When tangled polymer chains are subjected to a high rate of shear, they are prone to rupture, a phenomenon called “shear back.” Oil that has sheared back has a permanent loss of viscosity and no longer provides a thick oil film for protection in high speed, high load or high temperature operations. High rates of shear occur in areas where the oil is forced through narrow passages in an engine such as between the piston rings and cylinder walls.

To make 5W-50 oil, a manufacturer starts with a light viscosity base stock and adds a relatively large volume of viscosity index improver up to 15 percent. By increasing the volume of index improver manufacturers reduce the relative volume of some other components in the oil. For example with less base stock oils lose some essential lubricating properties. On the other hand, with fewer performance additives, the engine becomes more vulnerable to oxidation, start-up wear or corrosive damage.

Additionally, heavy 50 grade oils have greater internal friction than do lighter oils; hence, the engine consumes more fuel than it would if the lubricant were lighter, i.e. 30 or a 20 grade. Plus, the faster an engine runs the more power is lost to friction further compounding the inefficiency. No auto­mobile manufacturer recommends wide-range viscosity oils, most recommend for example, 5W-20, 5W-30 or 10W-30 viscosities. Contemporary engines have extremely tight clearances, about half the clearance space of cars built just ten years ago. One size (multi-grade) oil does not fit all.

Apparently, some manufacturers believe the “one-size-fits-all” approach is to simply satisfy motorists interested in synthetics. But one size does not fit all. Race cars may need 50 weight oil, but not a 5W – unless they race in cold weather. Passenger cars often need a 5W, but not a 50 because their component tolerances are too tight for 50 weight oil. And formulating wide grade oil doesn’t just affect the viscosity, it affects the entire formulation.

The problem with the one-size-fits-all approach is that one size doesn’t fit at all. Wide grade oils don’t precisely fit the needs of any automobile and may actually cause harm. AMSOIL manufactures an extensive line of proven synthetic viscosity grades to meet the needs of every application; they are not a one size fits all motor oil.

Sir Isaac Newton gave us the basic concept of viscosity: the mag­nitude of the internal frictional force within a flowing liquid is equal to the product of the surface area of the liquid, the velocity gradient and a constant, called the coefficient of viscosity, which varies from liquid to liquid. Depending on their behaviour in the presence of shear, fluids are denoted as Newtonian or non-Newtonian, in honour of Sir Isaac Newton.

Jean Leonard Marie Poiseuille derived a formula for the rate of flow through a tube in terms of the tube dimensions, the pressure difference and the viscosity coefficient of the liquid. His contribution to the field is commemorated in the unit of the coefficient of vis­cosity, the poise.

Sir Frederick Wilfrid Scott Stokes showed that an object falling freely through a viscous liquid accelerates initially, then reaches a steady velocity known as the terminal velocity. When terminal veloc­ity has been reached, the downward force of gravity acting on the object is exactly counteracted by the upward force of the fluid’s viscosity. The object’s terminal velocity may be used to derive the coefficient of the fluid’s viscosity. Important to the assignment of oil viscosity, Kinematic viscosity grades are determined by timing the rate of a liquids flow under the influence of gravity from a capillary tube a unit measurement known as the stoke. 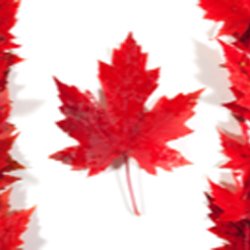 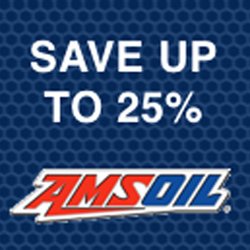