Find AMSOIL Near You

Where can you find AMSOIL® products?

Where can you find AMSOIL products? Some of our products can be found at national chain stores like Canadian Tire® or NAPA®. You can also find AMSOIL products with our locator map for business in your area like auto service centres, auto parts stores and other independently owned businesses. Did you know you can order online or call toll free to speak with an AMSOIL Customer Service agent? We ship your order in 24 hours for delivery within three days and orders of $130 Canadian or $100 United States qualify for free shipping.

Did you know AMSOIL ships orders directly to your home address?

Call an AMSOIL Customer Service agent to place an order. If you don’t know about our product line then download our customer catalogue for Canada and the United States, to find AMSOIL products you need and call our toll free Customer Service line to place your order.
1-800-956-5695 / referral 323230

When you speak with an AMSOIL Customer Service agent they will ask who referred you to AMSOIL? Please use my referral number, it’s also on the last page of the catalogue link above. AMSOIL products are sold through a network of Independent Dealers who earn a small commission from customer sales.

Thank you for choosing AMSOIL

AMSOIL Dealership is for entrepreneurs

Why is AMSOIL not sold at every location where lubricants are sold? Our products are specialized lubricants. National chain stores may stock a few of our products, but our full product line is exclusively available at smaller regional stores, automotive service centres and independently owned businesses that offer other specialized products and after-sales service. These independently owned businesses and professionals represent the quality of the AMSOIL brand as part of their specialized client service.

Find an AMSOIL Service Professional Near You

An independent service professional can help you find the results and benefits other AMSOIL customers are talking about. 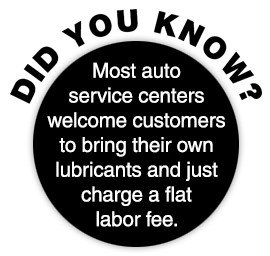 Independent Business owners who specialize in their craft know quality lubricants and can recommend which products to use and install in your vehicle. Service professionals know the “good, better and best” of industry products that bring about the added value customers are looking for.

The AMSOIL Locator will help you find AMSOIL near you. See local automotive service centers, motorcycle service, car dealerships, automotive supply and hardware stores that stock the AMSOIL products you are looking for.
Thinking about selling the AMSOIL® brand oils to your customers?

Find the Right Oil Viscosity and Filters for Your Engine

With so many different options of oils and viscosities grades available for your vehicle, which do you choose? MyAMSOILGarage helps you by returning only the products applicable to your vehicle.

MyAMSOILGarage shows only the recommended products that match your vehicle year/ make/ model and engine type. All product recommendations are guarantied when using MyAMSOILGarage.

*This is a free service from AMSOIL, your information is private and will not be shared or sold.

Get started with MyAMSOILGarage

Enter your vehicle’s Year, Make, Model and Engine size. Our products ship right to your door in 2-3 business days.

By using referral name Dale Cox and number 323230, I receive a small commission only when you complete an order.
Thank you for choosing AMSOIL!

What is AMSOIL Synthetic Oil?

Most synthetic oils in the marketplace today are formulated with refined petroleum base oil. These base oils bring with them the inherent problems of shear stability. When a lubricant is subjected to extreme pressure and load, the oil’s viscosity breaks or shears back and becomes thinner. Thinner oil is more vulnerable to extreme pressure and load. This combines with heat and contaminants; most commonly fuel dilution or water, reduces the oil’s lubricating properties and overall service life.

AMSOIL does not formulate products down to a price; AMSOIL makes products the best they can be. It’s the AMSOIL reputation and our customers expect it!

You can Expect AMSOIL’s proprietary synthetic base oil technology and advanced additive package in EVERY product.

Which Oil Viscosity is Right for Your Engine?

Vehicle Lookup helps you find:
AMSOIL® Oils, Filters, Fuel Additives and other Service Lubricants for your vehicle.
*To save your results, use MyAMSOILGarage.