See how AMSOIL products perform in the lab and in the field.

AMSOIL PRODUCT WARRANTY
Consumers have the freedom to choose other than OEM branded lubricants without fear of voiding the original limited or implied warranty. AMSOIL synthetic lubricants and performance products are tough, reliable, long lasting, and save you time and money with the peace of mind that your vehicles/ equipment will last longer. About Warranty Secure

Benefits of using AMSOIL for your semi truck oil change

On a semi truck, 25,000 miles go by in a flash. Normal preventative maintenance intervals can cost owner-operators and companies thousands in downtime and extra expenses, and every few years the engine still needs to be rebuilt. AMSOIL can make all the difference for drivers and fleet managers who want to keep their trucks running longer and with lower routine service of semi truck oil and repairs.

What motor oil is best for long-haul trucks?

For decades, conventional 15W40 motor oil was seen as the best option to protect heavy-duty diesel engines and keep them in good working order. In cold weather, 5W40 was often preferred due to a lower pour point, but it left engines more exposed to wear over time. Today, full-synthetic engine oils are much better at protecting a truck’s engine.

AMSOIL has several grades of Signature Series Max-Duty Synthetic Diesel Oil including 15W40, 5W40, 0W40, 5W30, and even 20W50. By using AMSOIL in diesel engines, you can get your truck back on the road fast and keep it there.

*Based on third-party testing in the Detroit Diesel DD13 Scuffing Test for specification DFS 93K222 using 5W-30 as worst-case representation.

Get your business started with an
AMSOIL commercial buyer’s account 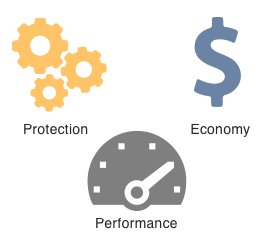 Whether you have one truck or operate a fleet of hundreds of trucks, AMSOIL is an excellent way to lower repair costs from wear and tear. Set up a commercial buyer’s account with AMSOIL INC. to receive fleet discounts when you order applicable engine oil and oil filters.

*Based on third-party testing in the Detroit Diesel DD13 Scuffing Test for specification DFS 93K222 using 10W-30 as worst-case representation.

Benefits of using AMSOIL in a semi truck engines

Compared to leading engine oil brands, AMSOIL controls diesel engine soot the best. Soot acts as an abrasive to metal components. When soot levels are high, regular diesel engine oil carries soot particles to moving parts where they defeat the purpose of oil’s protective barrier. AMSOIL protects the engine’s metal parts by encapsulating soot particles and carrying them away to be filtered out.

Superior lubrication is a serious benefit for wear prevention, and it also aids in fuel efficiency. Engines that use AMSOIL have less resistance from friction. Less fuel is necessary to overcome that resistance, which is why using AMSOIL can improve fuel economy by 3%. Who wouldn’t love a few more MPG on semi-trucks in their fleet?

Between oil change intervals, semi trucks tend to burn oil. It can be considered normal for an engine to consume as much as a gallon of engine oil. AMSOIL’s exceptional capacity to lubricate prevents gouges in cylinder walls and wear on piston rings, and also better seals the gap between the two. The result is up to 38% less engine oil consumption, so don’t be surprised when you check the oil.

AMSOIL has products that enhance performance, longevity, durability, and fuel economy. For semi trucks, that includes:

last update October 06th, 2021
we receive a small commission when using the referral number on the last page